I sincerely apologize for having no posts in months. I’ve been terribly busy, dealing with uncomfortable controversies and false accusations and my wedding which was fantastic.

I’ll do my best to post at least every two weeks as best I can. If some posts are similar to past ones I ask that you please forgive me because it’s not easy going back over every post when there’s little time to do so. I’ll try my hardest to share new information as much as I can.

So, how do you define a “Jack of All Trades”? 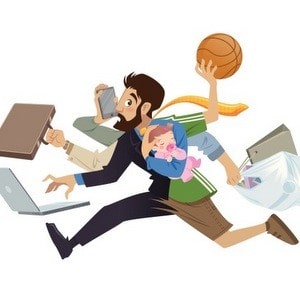 I’m am by no means anywhere close to that.  I’m a voice over, I’m also a yoga teacher, a black belt in Krav Maga, a macaron chef, and a professional mermaid. Why am I doing all these things? I have reasons for each one that I enjoy discussing. The primary reason is that I have a huge obsession with creativity. If something interests me, I learn everything I can about it and share the results. For example, I became fascinated by macarons after seeing all the limitless inventive flavors and decorative ways to make them. When I mastered making them (in 5 months) people asked if I’d sell them. That’s still a work in progress. I chose to study Krav Maga because it’s a modern martial arts style that was designed for people in the Israeli military and has since been the most effective when in comes to self-defense. I took yoga to help my flexibility in Krav Maga since it helps me to be able to wiggle my way out from underneath an opponent pinning me down. I started sharing what I learned with other students who then asked if I would teach them. But I felt uncomfortable teaching without a certification and now I teach 3-4 times a week. Many people ask about the mermaid profession as it’s quite unusual (I’m always drawn to anything unusual). This started as a hobby because I love fantasy and I always dreamed of being a mermaid. I love the ocean and I love swimming. When I put on a fabric tail it felt more than magical. Much like being on stage, I got to step into another world and feel as though I was truly part of it. I have a pod that I hang out with now and we swim as well as discuss events and job opportunities. It’s an industry that is taking off very fast for a host of reasons. Kids love mermaid entertainers (remember The Little Mermaid?), it’s a fabulous workout, trade shows love having them to attract interest from the public, renaissance fairs love to have them, even haunted house attractions are slowly interested in adding mermaids as a scary attraction (zombie mermaids, vampire mermaids, etc), and one of my favorite reasons is the chance to help children and people understand the importance of ocean conservation and saving marine wildlife.

Ok, bear with me I AM going somewhere with all this. I shared all the above as that’s what has led me on my various career paths. However, have you ever met someone who said “I’ve been in lots of cartoons”, or “You can hear me in lots of video games” or “I taught (famous name here) all he knows and now he’s famous in Disney movies”? We’ve all met someone who claimed to do this and that BUT… do they have proof of their success on an IMDb page? Are they comfortable talking about what led them on these paths? Do they have real testimonials from actual people? When you mention their name around VO communities, what do people say?

One of the first VO talents I got to know claimed to be a genuine “Jack of All Trades” such as producer, engineer, film actor, writer, composer, singer, jingle producer, audio editor and much more. This person also claimed to have trained American Idol top 10 contestants, famous voice over talent who now live and work in LA, and even mega-famous bands like the Dixie Chicks. The problem is, this person (whom I’ll refer to as “he”) had no genuine proof of all these accomplishments except his word on his website. He said he worked in big animation shows and well-known video games but no credits were under his name on IMDb. In fact the only resume was one he posted and not credits listed by actual clients. As I got to know this person, their attitude changed frequently from overly positive and sure of himself in what he knew to moody about the industry and not competent that I had what it takes according to “his” standards. If I questioned how he achieved a certain skill he gave me a vague response such as “It’s just something I picked up” or “I’m a fast learner” when he could have said something akin to “There’s a great Udemy course on recording engineering”, or “I’m self taught based on these books or magazines”, or “I had an internship at Johnson Recording Studio in Dallas”. If the answer sounds elusive and they change the subject right away it means they’re hiding something.

The biggest red flag I witnessed happened during one of the man’s workshops where I was assisting and a student challenged his knowledge of experience in voice over. The teacher lost his temper and ended the class on a sour note with these exact words that I haven’t forgotten, “I don’t know. Now get out of here, goodbye!”. And worst of all, he habitually told people who were just starting in this business that they were ready to get demos made and if they hired him to produce their demo it would be for a fair price compared to other producers. This is a HUGE NO!!! Yet because I was so new to VO I failed to see these red flags waving in my face.

Before noticing these behaviors I had been paying the man for voice lessons and when I look back, his were some of the worst I ever received in my life. All I remember is having a song played for me on piano as I sang and then getting told, “That was so lovely, what do you want to sing next?” A true voice teacher goes back and breaks down the song on where I sound flat or lethargic or breathless or lacking support, etc. Yet in these so-called lessons I got NO real voice training. And this person claimed to have trained the Dixie Chicks? About a month later I said I could no longer afford the lessons and the teacher wasn’t happy about it. I received an email from him claiming that I had abused their time as well as some other choice words. Typically past teachers in music would politely say something like “Ok, I’ll miss you and I wish you the best of luck”. But not this guy. He didn’t take it well at all. Yet another red flag.

When I disconnected from this person that’s when my voice over career TRULY started. To my knowledge the so-called teacher is still out there conducting workshops in voiceover, even selling self-made audio books for potential students or self-published e-books for a price and to this day still misleading countless others who have dreams. I began speaking with a number of professionals from talent agents, to recording engineers, to studio owners and to other VO talent regarding this news. From there I learned that more than a few skills and accomplishments listed on this person’s website were false.  He was a legit VO talent but sticking to old school information that is long gone and no longer relevant, has a history of rude “diva” behavior with talent agents and… was a severe “raging” alcoholic. Their income came from workshops and “demo production”. Any voice over work they did in the 21st century was minimal due to poor choices and inappropriate behavior while drinking. When true voice over professionals from LA or NY came to visit, this guy worked overtime to convince people to take his workshop instead because it was $200 less or such and because he’d spread whatever rumor he came up with to supposedly discredit the out of town teachers.

So why did I tell this boring story? Well, there’s two reasons. First, I see a growing number of producers looking for talent who can “do it all” such as record voice overs from home, compose music, sing to it, edit, etc. One of my new clients wanted someone who could record in a professional home studio, edit, compose songs with real instruments, sing them and work with other voice talent to help them sing. Why? It saved money, of course. Otherwise they’d have to hire a composer ($500-$2,000 per song), an audio engineer ($150-$300 per hour), multiple voice overs (depending if they use union or non-union, in which case the latter is growing rapidly as the primary choice), possibly singers (if VO talent couldn’t sing, again union or non-union), and then sound engineers to add effects, etc. But, if one person can do it all then it saves TONS of money.

So, if you want to enter the world of voice over, that’s great. However, if you want to stand out among competition who legitimately have all the above skills and many years of experience you need to do so organically. Here’s how: learn, learn, learn more, continue learning more, stay up to date with what happens in VO, network, network, network again and keep networking while still learning more. Yes, it sounds crazy, but you’ve heard me often enough saying how this business isn’t for the faint at heart.

The second reason has to do with the false teacher I mentioned. The internet is your friend. FIND OUT ALL YOU CAN! Look them up on the top sites like Linkedin, Facebook, Twitter, Instagram, YouTube, etc. If you have doubts, look on social media and see if you share connections with the person. Send a private message asking others what their thoughts are, don’t post it to the public. Beware of the narcissistic behavior. By that I mean if you question who this person worked with, what their background is, if they have references or such and they get angry, then don’t bother. I’m more than happy to say I’ve trained with Bob Bergen, Pat Fraley, Debbi Derriberry and a host of others. If you can’t find ANYTHING about the person on the internet, I advise you to move on.

When that time comes for you to seek opportunities with clients be honest with them always and with yourself. If you have no proof of your skills despite claiming otherwise, not only will it backfire, your name will spread around as someone to “watch out for” and not in a positive way. Where I’m based there are at least 3-4 names people mention at events, workshops, parties, and other voice over functions as folks to be wary of due to false claims and diva behavior. To avoid being labeled as such, be genuine about what you can do and learn as much as you can. The best VO talent never stop learning even when they book a lot of work. If you have the drive, nothing can stop you.

What other medications could interact with Cialis